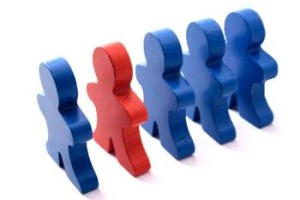 To prevail on a motion for summary judgment, a defendant must demonstrate that no genuine dispute as to any material fact exists and the right to a defense judgment is appropriate as a matter of law.  In employment discrimination cases where the plaintiff lacks direct evidence of discriminatory animus, a motion for summary judgment is typically considered under a three-step process (commonly called the McDonnell Douglas framework).  Under this framework, a plaintiff must carry the initial burden to establish a prima facie case that creates an inference of discrimination.  If the employee establishes a prima facie case, an inference of discrimination arises and the burden shifts to the employer to produce a legitimate, nondiscriminatory reason for its employment action.  If the employer does so, the burden shifts back to the employee to prove that the employer’s explanation is a pretext for discrimination.

In France, John M. France, the Plaintiff, was employed as a border patrol agent assigned to the Tucson Sector of Border Patrol (an agency of the United States Department of Homeland Security, “DHS”).  In March 2007, Tucson Sector Chief Patrol Agent Robert Gilbert, established a pilot program which split Assistant Chief Patrol Agent positions into two categories: GS-14 and GS-15.  The GS-15 position offered an increased pay grade. Four GS-15 positions were created. Twenty-four candidates applied and twelve were invited by Gilbert for the first round of interviews. France was one of the twelve.  The panel of interviewers for the first round consisted of Gilbert, and two other DHS officers.  After the interviews, the panel selected six top-ranked candidates for final consideration.  France was not selected.  Gilbert recommended four of the six to Chief Border Patrol Agent David Aguilar, who were recommended by Aguilar to the ultimate decision-maker.  France was 54 years old, and the four selected candidates, all of whom were in the top-ranked group, were 44, 45, 47, and 48.  France sued the DHS, alleging that it discriminated against him based on his age.

Following discovery, DHS moved for summary judgment.  DHS presented evidence of nondiscriminatory reasons for not promoting France.  Agent Gilbert provided evidence that France lacked the leadership and judgment for the GS-15 position.  Agent Aguilar gave six reasons for why he did not recommend promoting France, including France’s lack of leadership, flexibility, and innovation.  In opposition, France provided evidence that Gilbert expressed his preference for “young, dynamic, agents” to staff for the new positions and that Gilbert had repeated retirement discussions with him, despite France’s clear indication that he did not want to retire.  France also offered testimony from two other DHS officers who stated that Chief Border Patrol Agent Aguilar preferred to promote younger, less experienced agents.  The District Court granted DHS’s motion for summary judgment.  Subsequently, Ninth Circuit Court of Appeals reversed the ruling.

In finding that the District Court erred in granting the motion for summary judgment, the Court of Appeals reached several notable conclusions.  First, the Court found that an average age difference of less than ten years between the plaintiff and the replacement is presumptively insubstantial and does not support a claim for age discrimination.  The Court held, however, that this does not preclude a plaintiff who is less than ten years older than his or her replacement to produce evidence that rebuts the presumption and demonstrates that the employer considered his or her age to be significant.

The Ninth Circuit Court then explained that in opposition to DHS’s Motion for Summary Judgment, France produced “direct” and “circumstantial” evidence. Direct evidence consists of statements by persons involved in the decision-making process that directly reflect the alleged discriminatory attitude. Circumstantial evidence includes stray remarks not directly tied to the decision-making process but nonetheless relevant.  The Court indicated, without expressly ruling, that, Gilbert’s remarks about his preference for “young, dynamic agents” to staff the GS-15 positions were likely direct evidence.   The Court also ruled that France presented circumstantial evidence consisting of Gilbert’s repeated retirement discussions, which demonstrated Gilbert’s bias in his decision-making process.  The Court emphasized that the District Court had to “cumulatively” consider the direct and circumstantial evidence together. The Court concluded that the totality of the evidence presented by France was sufficient to defeat DHS’s motion for summary judgment and send the case to the jury.

Employers frequently speak with employees about their retirement options.  The France decision is a lesson to employers to tread lightly when broaching the subject of retirement with employees over the age of 40.  The Court remarked that standing alone Gilbert’s remark about his preference for “young dynamic agents” would be “thin support to create a genuine dispute of material fact.”  In combination with Gilbert’s repeated retirement discussions, however, the Court found the evidence sufficient to defeat the motion for summary judgment.