On July 11, 2017, Liebert Cassidy Whitmore’s Jennifer Rosner partnered with Department of Fair Employment and Housing (“DFEH”) Assistant Chief Counsel Paula Pearlman to present a seminar on “How to Avoid Claims of Disability Discrimination: The Road to Reasonable Accommodation.”  This seminar focused on navigating the challenges…

Last week, in Higgins-Williams v. Sutter Medical Foundation, the Court of Appeal of the State of California, Third Appellate District, upheld the trial court’s granting of summary judgment for an employer where it determined that an employee’s inability to work for a particular supervisor, because of anxiety and stress related to the supervisor’s standard…

You really can’t make this stuff up.  These are some examples of actual employment cases and lessons that can be learned from them.

A diabetic employee was fired because she ate a $1.39 bag of chips before paying for it. She then filed a disability discrimination complaint with the EEOC,…

It’s that time of year again to reflect on this year’s achievements and set goals for the new year.  With the beginning of 2014 upon us, we encourage personnel and human resources directors, managers and New Fair Employment and Housing Commission regulations took effect December 30, 2012 and deal with disability discrimination.  This blog post will focus on the impact of the new regulations on issues related to pregnancy and the treatment of pregnancy related conditions as disabilities.

The California Court of Appeal recently highlighted a fundamental flaw in the California Civil Jury Instructions (“CACI”) on a cause of action for retaliation in violation of the Fair Employment and Housing Act (“FEHA”).  The instruction is missing the element of retaliatory intent or animus.  This flaw has not been brought to the forefront previously… 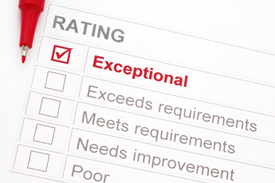 END_OF_DOCUMENT_TOKEN_TO_BE_REPLACED

One of the cases was filed against Walgreens drug store…

Emerging technologies, such as e-book readers, seem to be everywhere and growing in numbers.  E-book readers offer students the ability to download books instantaneously and carry hundreds of books on a hand-held device.  But given that some e-book readers do not have text-to-speech functionality or Braille displays…

An employer called with this inquiry: “one of our employees has been on leave under The Family & Medical Leave Act (FMLA) for a serious health condition and the 12 weeks have expired.  The employee has not come back to work and the most recent medical note states that the employee will…